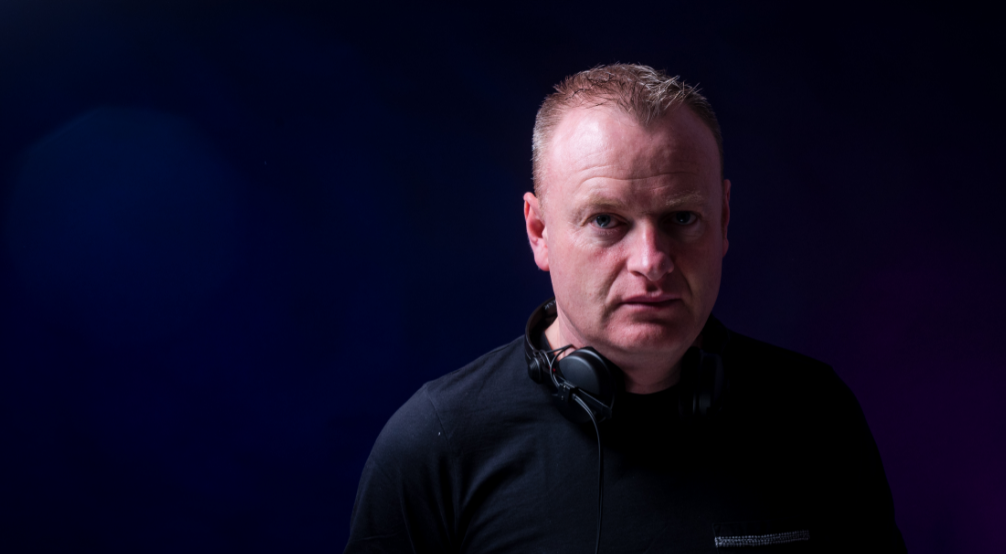 WHERE ARE YOU FROM AND WHERE DID YOU GROW UP?

I am from Belfast, Northern Ireland; that is where I also grew up having been born there in 1976.

WHY DID YOU BECOME DJ?

Biographies are not a thing that I like to read, especially DJ ones. Most of them come with the “I have loved music since I was a baby…”, “House Music was love at first sight (or hearing)… So don’t worry, because I’m not going to make it sound like I’m being booked by the Top 10 best Night-clubs ever every night. I’m not going to say how I only play because of my deep love for music. That’s not what you are going to read here.

I will simply tell you why I became a DJ and part of it may embarrass me along the way!

The fact dragon pharma anavar is I loved pop music years before I even heard of house. I was a child of the Madchester era and still listen to some of it. I like Depeche Mode, New Order, Bananarama and Simply Red and I’m not afraid to confess I own complete catalogues of the Pet Shop Boys and Erasure on vinyl and my favourite album as a kid was for many years Erasure: The Innocents – I wore the cassette out, which made my Dad invest in a CD player for me at Christmas time.

So how did I get here? Well, 26 years ago in 1995 a friend put into my hands on a Sasha BBC Radio One Essential Mix-tape, and that’s when it all started to change.

I didn’t want to be a DJ to avoid dancing in public, to attract girls and get free drinks, I just liked playing good tunes to friends. In the years since I’ve DJ’d out and about occasionally and had the best night ever each and every time, but I’m honest enough to know I’m not really a high talented DJ and I really have been lucky to see a few at work and I’m glad for that.

In recent years, I have taken my music to many places and Eastern Europe, especially Montenegro and Croatia, where in 2019 I was booked to perform for 12 nights consecutively at the Croatian Open ATP Tennis Tournament in Umag within various Beach clubs and VIP cocktail lounges.

As someone who has been playing progressively for quite some time and also as someone who learnt with vinyl and now uses CDJ’s, I can claim to know what I am doing in theory at least!

Although I have developed a style that suits perfectly for the venues that I like to play (Beach Clubs, Cocktail Bars, VIP Lounges, Exclusive Restaurants), what I value the most is that I am always focused on enhancing the overall experience rather than imposing my own style as an artist, and I think that differentiates me from other DJ’s.

My weekly “Thru The Looking Glass” Podcast show seemed like the natural progression of what I have been doing, and thanks to the help of radio stations like Influx Radio, Phever Radio Dublin, Data Transmission Radio and Pure Ibiza Radio, it has developed brilliantly, and I’m very proud of its success.

I am now starting to produce tracks also. With my production partner; stunning female vocalist: Moon Aton from Hamburg in Germany; we are producing some deep dreamy melodic house tracks with beautiful ethereal vocals. They aren’t perfect, nor are they intended to be; but we enjoy making them and maybe some others may enjoy them too, let’s wait and see!

Simply; for me, it’s all about mood and a deep, hypnotic groove… playing those tracks that get you tapping your feet and nodding your head without you realising it, regardless of genre, tempo, style, or release date.

CURIUS ANECDOTE ON YOUR MUSICAL CAREER

In Croatia two years ago, myself and my best friend Scott, took a notion to hire a boat for a sunset cruise boat party. We had never done anything like this before, doubly hard as we don’t speak Croatian! But somehow, we pulled together a boat, sound-system, decks, alcohol and filled it with a mixture of Croatians, Slovenians and even a few Americans who really didn’t know what they had signed up for!

Unbelievable night, the boat was booked for 3 hours, but the captain enjoyed the music that much, he let us party on for 5 hours. I dropped an old classic – Dr Atomic ‘ Schudelfoss’ and everyone onboard stripped off and jumped into the Adriatic Sea and raved in the water for 10 minutes or so before the captain fished them out. Later in the evening, Scott dropped Moony – Dove (I’ll be Loving You) – an old track from around 2000; maybe a bit commercial and not our normal style – but just at that particular moment, at that particular setting with that particular crowd, it was just absolution perfection.

I think those DJ moments are what you live for. The perfect track in the perfect setting at the perfect moment. I remember seeing an interview with Sasha from 2-3 year ago, where he said, “Never be afraid to look back for inspiration, rather than always trying to kill yourself finding the next exclusive unreleased white label”. A brilliant point that I always try and follow; I spend a lot of time listening to old tracks from 1995-2002; always searching for something that still sounds fresh today and enjoy the reaction what people are surprised to discover that a track that I played in the mix is maybe 20 odd years old.

BEST IBIZA EXPERIENCE (UP TO BE TOLD)

September 1997 – some friends and I were going to Ibiza for a week’s holiday. As a poor student living in Belfast though, the cheapest way we could travel was from London, so we had to travel on the boat from Belfast to Stranraer (Scotland), pick up another good friend waiting for us in Stranraer, then travel down by coach to London which took 10 hours. We arrived in London, shattered after 16 hrs solid travelling and quite a few beers on the way too; only to hear that Sasha & Digweed were playing a Northern Exposure 2 Launch Party at the Ministry of Sound; off we went for an extended 6-hour Sasha & Digweed Back2Back set. We were shattered beyond belief, but it was still one of the best nights ever.

We can still remember quite a few tunes played that night, including some of the brilliant atmospheric breakbeat tracks that Sasha was really caning in those days; there was also a sensational mix of Pako “Western Approaches” into the Nalin & Kane remix of Lustral “Everytime” that was also played during the night. To my complete astonishment, last year my good friend Scott, who was also there that night, found on the internet a recording of the night, just 2 hours of it; but it still sounded so fresh and brought back such memories.

This was just the start before we had even made it to Ibiza, but once we got there it was just unbelievable. At that time (1997) – we simply loved the Sasha & Digweed Northern Exposure/Renaissance progressive house sound and couldn’t believe it was also taking over Ibiza at time also! All our favourite DJ’s were playing on this particular week and I think we ended up at the big clubs 5 nights out of 7; we were out of money by day 3 but somehow survived the week. From memory we saw Dave Seaman and Deep Dish at Pacha, Hernan Cattaneo at Space, Paul Van Dyk (when he was progressive house and not trance !) at Café Mambo, Nick Warren and Parks & Wilson (Tilt) at Amnesia and John Digweed at Privilege. The big tune that time was Nalin & Kane ‘Beachball’ and to hear it for the first time in a proper club was just epic.

2 years ago I came back to Ibiza with some friends and this time we stayed at Ushuaia and were able to watch Sasha from our balcony ! We laughed thinking about the changes from 1997 when we barely had enough money to eat for a week !

While Ibiza has changed, it is still a magical place; the energy, the beauty of the island, the food, the music, the fashion never cease to amaze me. It has evolved itself and reinvented itself when many others thought it was finished, it is a strong as ever and will never change as THE place to go for a holiday for people who have even just a small interest in dance music.

WHAT WILL YOU DO FIRST AFTER PANDEMIC ENDS?

Try and organise a club event or party where I can DJ again in front of a crowd and ideally with some other good DJ friends. Or, try to get to Ibiza, even just for a sneaky weekend !

Up to 3 years ago – I would have said the usual heavy-hitters like Sasha and Digweed, but over the last few years and especially throughout lockdown, I have heard some unbelievable music from much lesser known DJ’s which has gotten me through some dark times and this terrible pandemic.

So it would be an honour for me to share a DJ booth with some of those extremely gifted DJ’s who excite me week after week with some unbelievable new music. These DJ’s include Rayco Santos, Aitor Robles and Alex Kentucky from Be Adult Music as well as Will Sumsuch from Colour & Pitch Records, and two brilliant DJ’s from Iceland who are really on fire at the minute: Bjorn Salvador and Leon. S Kemp.  I am sure we could find room for Sasha too if we needed too ! 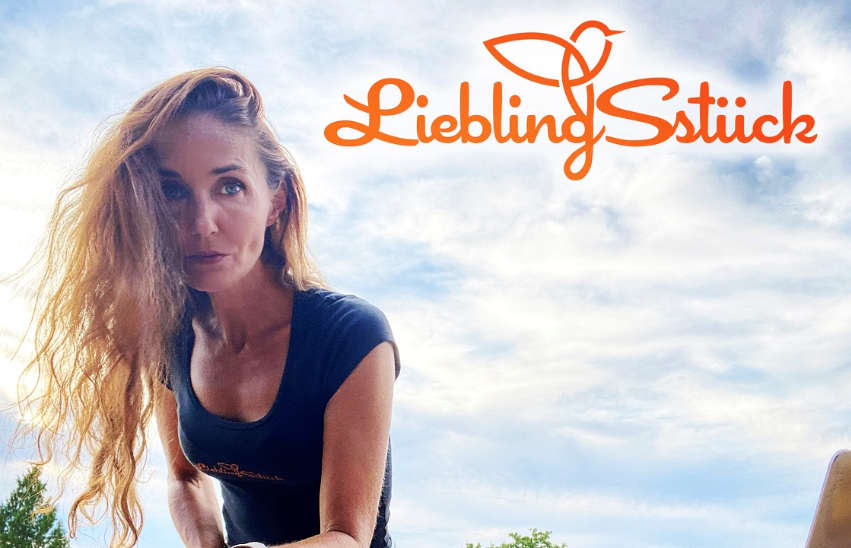 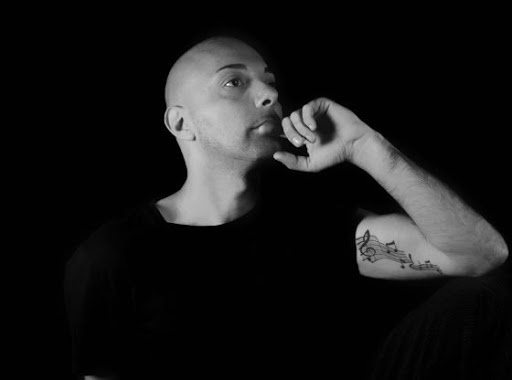 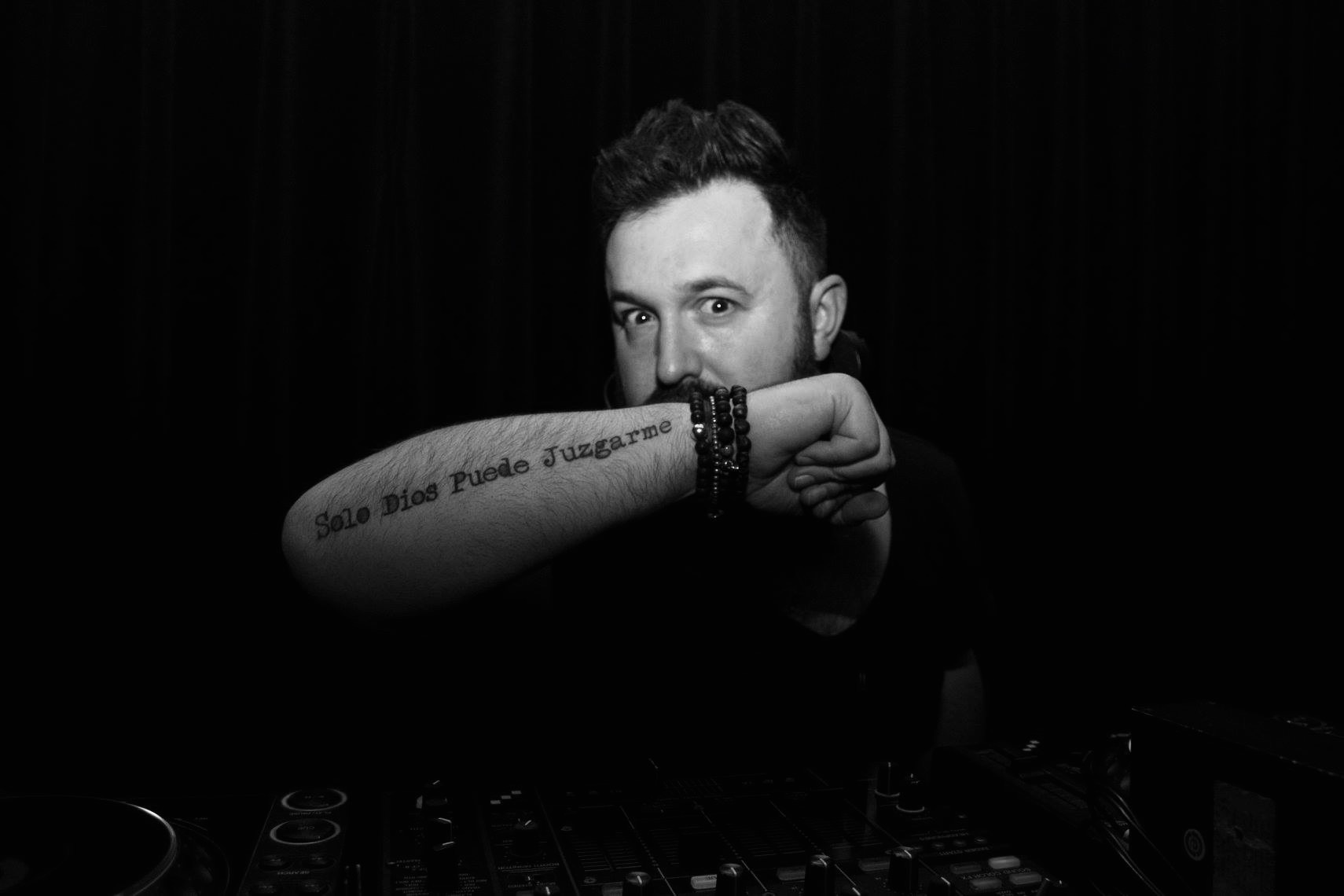