Add all tracks to playlist

Sol Selectas new release welcomes the return of Ulises who featured tracks on the last two Summer Sol mixed artist compilations, but this time returns with his own EP also including remixes from David Mayer, Geju and Roderic.

Argentinian artist Ulises has a downtempo style that blends ambient textures with earthy percussion and aboriginal chants to create chugging grooves with hallucinogenic sound design. Along with Sol Selectas his tracks and remixes have also been featured on LNDKHN, Exotic Refreshment, Cosmic Awakenings, Kamai Music and MoBlack Records.

Germany’s David Mayer is a highly sought after remix artist who has worked with labels such as Mobilee Records, Stil Vor Talent, Get Physical, Bedrock and Objektivity. Having reworked the music of people like Rampa, Audiojack and Claude VonStroke, he previously featured on Sol Selectas in 2018 with a remix of Zakir and is now making a much-anticipated return.

Roderic brings the heat with the Mexican flair he has previously showcased via regular releases on Katermukke, but his exceptional talent for downtempo melodic tracks can also be heard on the likes of Magician On Duty and Bar 25 Music.

Geju is the last of the remix artists to feature on this release, and the Russian duo are making their Sol Selectas debut with a stunning remix that adds to a back catalogue already including labels such as Ouie, Leveldva and Metanoia.

In the words of Ulises “the concept of the Más Allá EP (translated as Even Further) is an attempt to go beyond the boundaries of the mental experience, trusting our inner voice to guide us into the expansion of our being.”

The exotic sounds of “Sian” open the release with ambient wildlife samples and trippy guitar licks. Next up is “Obelisk” which has a stripped back style with a moody jazz saxophone blending with clicking percussion. Track three “Pinneal” is an epic journey of melodic pads plus ceremonial chants, and the title cut “Más Allá” fuses tribal drum rhythms with mysterious melodies.

Each of the remixes adds something extra to this already stunning release. David Mayer lifts the tempo of Sian with a refined remix that elevates the track to soaring heights. Roderic add a hypnotic groove to “Obelisk” and Geju drop the tempo of “Pinneal” to deliver a version full of laid-back desert vibes.

The artwork by Helia Jamali visualizes the music leading our conscious mind to a clearer recognition of the higher self. 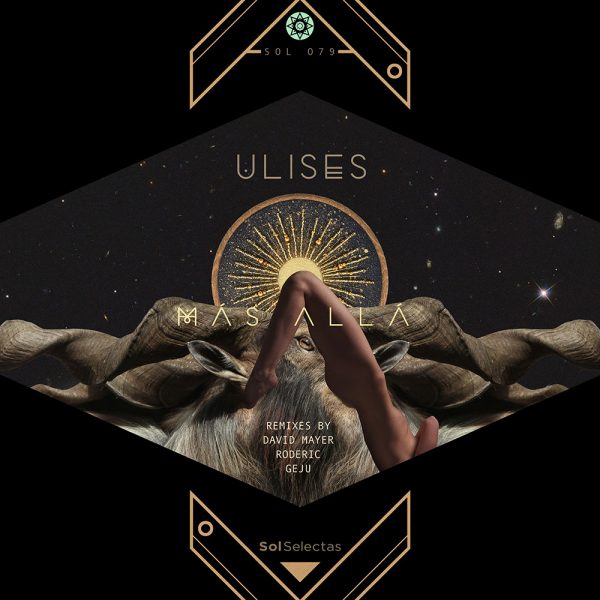